I Am Two Month Old 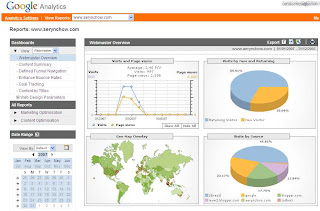 It's been two months since I was born on April 12, 2007 but unfortunately my blog was unable to reach the first thousand click since it started in April 2007. The picture on the left show the number of visits, 997 which is short of 3 clicks before reaching the first 1000 (taken from Google Analytics on June 12, 2007 @ 23.55hrs) hopefully there will be an update of the last hour.
Over the past 2 months I have change quite a bit from a tiny baby weighing no more 3.25kg to 4.79kg. My neck is also getting stronger now and sometimes I could return smiles, usually in the morning just before and just after bath. From being able to sleep in any condition without any problem, now I need to be carried before I fall asleep. Wonder what are the changes in the next 2 months